The Universal World Wide Travel Charger Adapter Plug is perfect for sleep apnea therapy users who like to travel abroad. This plug contains four international plugs and is compatible with standard outlets all over the world. The plug is also safe and features a built-in surge protector that safeguards your device against erratic power sources. The plug supports a universal voltage of 110-240V.

The plug contains the UG-A plug, which is commonly found in Europe, Asia, Australia, the Caribbean, Africa, and the Middle East. It also features the UG-B, which will be useful in North and South America.

Can I switch between the plug settings manually?

Yes, the plugs are meant to be switched by the user at their convenience.

What is the voltage range on the plugs?

How big is this?

Slightly larger than a standard plug and considerably smaller than even the tiniest travel CPAP machines. 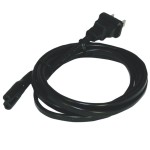 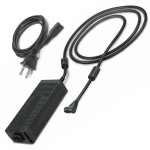 I work with support charities all around the world like in Australia, Africa, and parts of Brazil. And for the price of this world wide adapter, this does a great job. Not only I use this for my cpap machine, I use it for everything else like my laptop, my phone, and all sorts of my electronic devices. I take this everywhere I go when I travel, it truly is my best friend.

Alas, this is not suitable or safe for use in Australia. The pins are too narrow and the bulk is such that it falls out of the wall socket easily and if you put it in a multiplug laid on a flat surface, it just falls out straight away unless you put a block under the overhang.

i didn't buy this adapter from RespShop,but occasionally i have i, t it will make sure it fits any where especially if you travel abroad a lot.

Hi there. I use this adapter when I travel, and it is not the of top quality, but it works just fine for me. Costs less too!

Upvote(0)
Downvote(0)
Displaying 1 to 4 (of 4 reviews)
Result Pages:  1
Q&As (1)
Have a question on this item? Ask here and we will answer it in 12-24 hours, usually in a few business hours! Questions and answers will appear here after we answer. You may also have email notifications.
Ask Question
0
Question
CAN YOU DESPATCH THE SAM TO INDIA,IF YES WHAT IS MODE OF PAYMENT.
Answer
Yes we can ship this to India and you payment can be made via credit card or paypal
Displaying 1 to 1 (of 1 questions)
Result Pages:  1 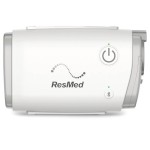 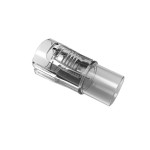 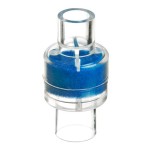 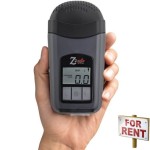 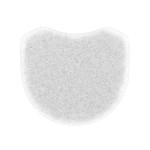 $11.99
Share:
Please select one
Subscribe And Start Saving Today!
Subscribe Now, Save 10% and Ships Free!
Order ships next business day
Orders placed before 3pm PST will be processed in the same day if provided prescription requirements are met, and the item is in stock. (Check the product page for up-to-date stock status.)
Orders placed after 3pm PST or in the weekends and holidays will be shipped in the next business day.
What is Video Assistance